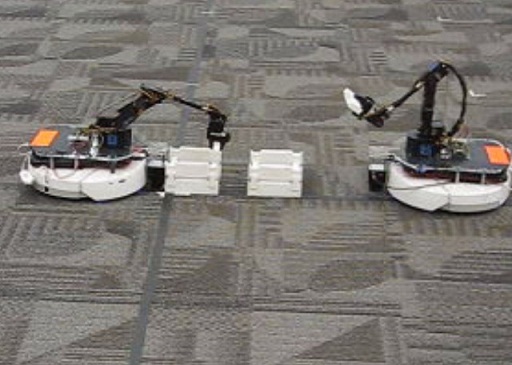 Distributed autonomous assembly of general two (2D) and three dimensional (3D) structures is a complex task requiring robots to have the ability to: 1) sense and manipulate assembly components; 2) interact with the desired structure at all stages of the assembly process; 3) satisfy a variety of precedence constraints to ensure assembly correctness; and 4) ensure the stability and structural integrity of the desired structure throughout the assembly process. While the distributed assembly problem represents a class of tightly-coupled tasks that is of much interest in multi-robot systems, it is also highly relevant to the development of next generation intelligent, flexible, and adaptive manufacturing and automation. In this work, we address the assembly of a three dimensional structures by a team of robots. Specifically, we address the challenges of partitioning a complex assembly task into N loosely coupled tasks each executed by a single robot. Furthermore, we have developed online sensing capabilities that enable the team to determine the state of the structure during assembly to allow for the identification and correction of assembly errors.

Two mobile manipulators assembling a 3-D structure. A planning algorithm partitions the assembly task into N subcomponents that can be executed by individual robots with minimal communication with other robots. See IROS 2011 paper for details.
Robotic assembly of Lincoln-log styled parts. 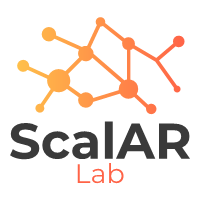